Musaed AlHawli is Boeing’s Managing Director based in Kuwait, joining the Boeing International team. AlHawli is responsible for implementation of the company's growth and productivity strategy.

AlHawli coordinates across all business units of Boeing in the country and leverages global resources, knowledge, and stakeholder relationships to expand its in-market presence and strengthen the company’s competitive position in Kuwait.  Alongside his team, he also monitors Kuwait's intellectual, industrial, and financial capabilities and actively ensures compliance with laws, policies, and regulations.

With over 30 years of military and private sector experience, Musaed AlHawli served in the Kuwait Air Force until 2000, retiring at the rank of Brigadier General. He has held management roles in leading Kuwaiti companies including Agility Logistics, Kuwait Reconstruction House and others.

In his previous roles, AlHawli has been instrumental in driving government relations, securing logistics contracts for over US $100M and procuring, coordinating and managing some of the country’s most influential military and defense programs.

AlHawli earned a bachelor’s degree in Military Sciences from the Kuwait Military College. He has since undertaken several courses including Logistics & Financial Controls Course in Kuwait and was one of 40 international officers selected to attend the USAF Air War College, where he earned Master in military Sciences. 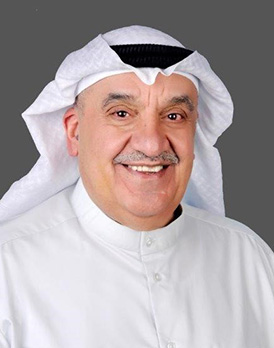