Fakher Daghestani is the Communications Regional Director, IMEA Region and he responsible for supervising all communications activities within the region. Based in Dubai.

Prior to this role, he was named the Communications Director in the Middle East Region in July 2007.

Fakher supports Kingdom of Saudi Arabia and the Middle East presidents; Ahmed Jazzar and Jeffrey Johnson and work closely with the business units to provide a broad base of communications and strategic support for Boeing business objectives and activities across the region.

Given the fundamental importance of the Middle East to the Boeing long range business plan, Fakher focuses on Boeing’s key markets such as Saudi Arabia, the United Arab Emirates, Qatar, other Gulf States and Egypt. He also supports other regions, including the Levant and North Africa as required.

Fakher comes to Boeing with strong Media Relations and Public Affairs networks and an outstanding track record of high-level communications activity in the Middle East.

For the past 14 years, he has worked with two of Middle East's largest PR agencies, Asda'a PR and Inter-markets PR, which are Edelman and Burson-Marsteller affiliates in the Middle East. He successfully managed public relations campaigns across the region, including public affairs, government, corporate, consumer/ marketing, community, media relations and training programmes. He led the agencies’ Arabic editorial team to increased levels of quality; he led and managed the Public Affairs team and conducted media and crisis communications training workshops. 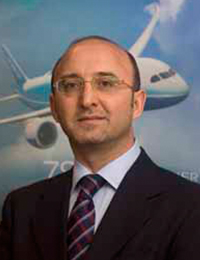